The 1963-1989 run of Doctor Who is fascinating in the fact that in the 160 serials (including The TV Movie in 1996), there are few stories that are direct sequels to previous stories, much less sequels within the same production team. Generally the closest you would get are stories like Attack of the Cybermen doing a sequel to The Tenth Planet and Attack of the Cybermen over a decade after the prequel’s release or Snakedance to Kinda and Mindwarp to Vengeance on Varos essentially being extensions of the themes of the previous story, but doing its own thing. The Curse of Peladon and The Monster of Peladon are an oddity as they both share the same setting, several of the characters, and feel like a natural extension of the same story. Peladon being the setting of both is a big factor in why the two stories feel so connected, the sets are the same and it feels like the planet is evolving and changing. The Curse of Peladon aired as the second story from Season 9 beginning at the end of January 1972, so as it is the 50th anniversary of Episode One while I am writing this, Big Finish Productions are celebrating with Peladon, a four story box set revisiting the planet throughout its history as well as continue the spirit of Peladon stories in reflecting the politics of the real world using allegory for a stark contrast of the good and bad of today’s world.

END_OF_DOCUMENT_TOKEN_TO_BE_REPLACED

Big Finish Productions with the Third Doctor Adventures have perhaps taken the greatest risk since the inception of the range with Tim Treloar replacing Jon Pertwee as the Third Doctor, and that’s releasing a box set without any returning cast members from the Third Doctor’s era. Katy Manning’s Jo Grant is not present nor John Levene or Richard Franklin. Fans of Jo Grant, fear not, she will be reappearing in Volume Eight, as Volume Seven brings one story from Season 7 and one from Season 11, meaning that they include Liz Shaw and Sarah Jane Smith as companions, bringing back Daisy Ashford and Sadie Miller in those roles as well as Jon Culshaw as Brigadier Lethbridge-Stewart. Taking this step (and announcing Miller’s involvement in Volume Eight) means that Big Finish are not afraid to use their recast performers in the ranges resulting in fully recast casts instead of having at least one original cast member present. The Third Doctor Adventures Volume Seven also brings two new authors into the range: Big Finish veteran Mark Wright (although not writing with his usual writing partner Cavan Scott) and, in his first four part story, Tim Foley. This takes the range into new territory as Big Finish goes headfirst into its new box set led era of stories. 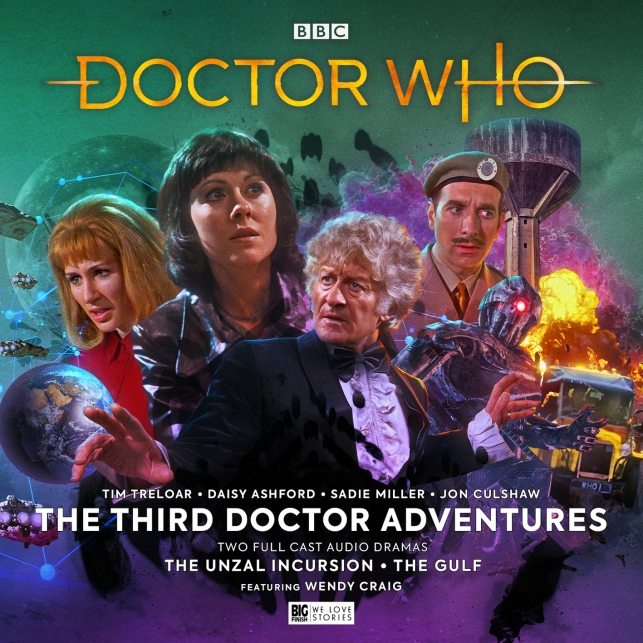 END_OF_DOCUMENT_TOKEN_TO_BE_REPLACED

BBC Books will publish Doctor Who: I Am the Master – Tales of the Renegade Time Lord, a collection of stories featuring the Doctor’s best enemy.

END_OF_DOCUMENT_TOKEN_TO_BE_REPLACED

Four brand new audio adventures from the era of Peter Capaldi’s Twelfth Doctor will be brought to life by Jacob Dudman in The Twelfth Doctor Chronicles due for release from Big Finish in February 2020.

END_OF_DOCUMENT_TOKEN_TO_BE_REPLACED

In writing a 40th anniversary story, writer Mark Wright was set a tremendous challenge; to create a tale which offers each of the show’s main characters a chance to shine, while at the same time maintains a tone which resonates with the core themes of the show and celebrates what we all love about Blake’s 7. 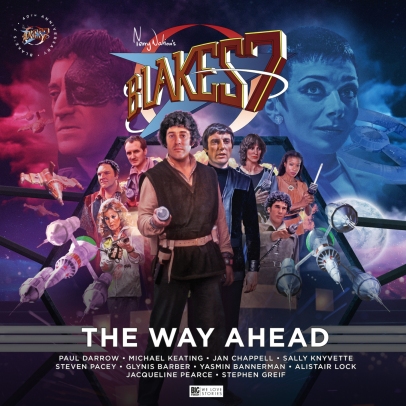 END_OF_DOCUMENT_TOKEN_TO_BE_REPLACED

After their successful return in box set format last July, for The Spoils of War, this latest release for the Blake’s 7 – The Classic Audio Adventures range initiates a fresh run of twelve stories under the umbrella title of Crossfire which is proposed as a new sub-season of stories, set within Series C.

END_OF_DOCUMENT_TOKEN_TO_BE_REPLACED

The writing partnership of Cavan Scott and Mark Wright return to Big Finish with the 4th Doctor adventure, The Eternal Battle (the kind of title that sounds like it should have been done before). 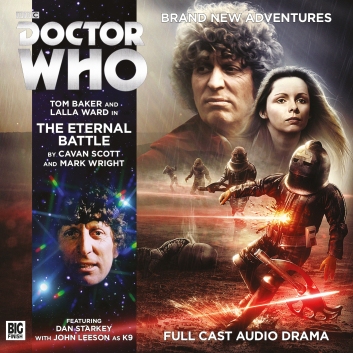 The thing I am struck by with these guys is the fact that I never feel like it’s a Scott & Wright book / audio / any other projects as you might with other writers. I find more importantly; I get a great story that fits perfectly in the style of the Doctor they are writing in and then when I go to look at who wrote it, I then think, of course, they are great writers. With Cavan Scott I think he is particularly good at finding angles on the Doctors that sometimes adds and enhances the character but fits in with them. END_OF_DOCUMENT_TOKEN_TO_BE_REPLACED