We take a look at some of the biggest and best films from the history of the Zombie genre.

The ‘Original’
Night of the Living Dead
George Romero‘s epitome which re-established Zombie’s as something that could scare and thrill audiences. Often refereed to as creating the modern Zombie film genre.

END_OF_DOCUMENT_TOKEN_TO_BE_REPLACED

Day of the Dead is widely regarded as the third installment in George A. Romero‘s seminal zombie series; following Night of the Living Dead (1968) & Dawn of the Dead (1978). 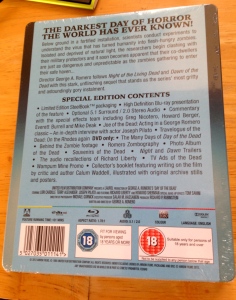 This Limited Edition Steel-book release from Arrow Films Video is a re-hash of their 25th Anniversary edition Blu-Ray release; the special features included here are the same.

END_OF_DOCUMENT_TOKEN_TO_BE_REPLACED

Birth of the Living Dead is a documentary detailing the production of the George A. Romero’s 1968 film Night of the Living Dead which is widely regarded as inventing the modern zombie genre as discussed in the film; directed by Rob Kuhns. 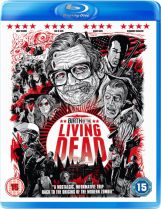