The New Adventures of Bernice Summerfield is one of those Big Finish ranges which slips under the radar of quite a lot of people. Bernice Summerfield is one of those characters who has a big role in the greater Doctor Who universe, as the companion most associated with the Virgin New Adventures range of novels and the character which gave Big Finish Productions their start. Benny’s own range has been running since 1998 through eleven series of single releases and five box sets before being rebranded in a box set series of ‘New Adventures’; fitting considering where the character came from. The New Adventures of Bernice Summerfield has been releasing one box set each year since 2014, with a small hiatus in 2018 to celebrate 20 years of Big Finish by reviving the classic range. 2016’s The Unbound Universe took Benny out of her universe while 2017’s Ruler of the Universe brought the character and the David Warner Doctor, right back into our universe. Now, two volumes later, Big Finish are finally dealing with the fallout in Lost in Translation, as Benny and the Doctor spend a set on the run from the Time Lords who have deemed the Doctor an aberration, unfit to exist. 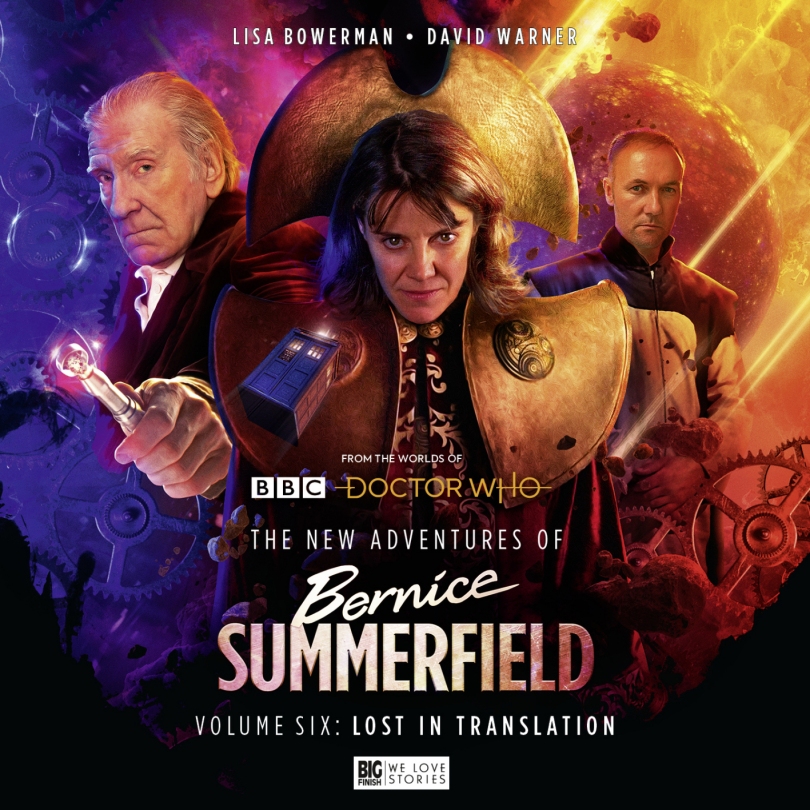