It was announced earlier this year that the 1998 slasher film Urban Legend and the two sequels that followed are getting a new limited edition Blu-Ray release from 88 Films – In the UK for the first time, completely uncut.

During the initial announcement of this set there were no special feature details announced until now. END_OF_DOCUMENT_TOKEN_TO_BE_REPLACED

Urban Legend is a 1998 slasher film directed by Jamie Blanks, written by Silvio Horta, and starring Jared Leto, Alicia Witt, Rebecca Gayheart, and Tara Reid, and is the first installment in the Urban Legend trilogy. 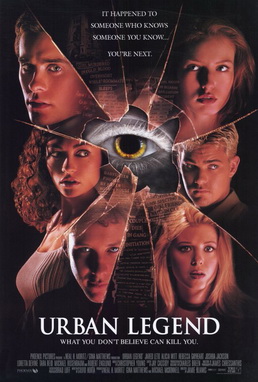 Its plot focuses on a series of murders on the campus of a private New England university, all of which appear to be modeled after popular urban legends. In addition to its younger cast, the film features supporting performances from Robert Englund, Loretta Devine, John Neville, and Brad Dourif.

The series of three films is now getting a new limited edition Blu-Ray release from 88 Films – In the UK for the first time, completely uncut.