The Interludes range is the newest addition to Big Finish Productions’ Doctor Who output, released exclusively to the website with specific releases (currently the first yearly release of the Fifth, Sixth, and Seventh Doctor Adventures), and seem to be yet another chance to bring in new talent by giving them a trial hour long audiobook featuring the Fifth, Sixth, or Seventh Doctor. The inaugural release was I, Kamelion allowing Dominic G. Martin a story, and the second released with The Sixth Doctor Adventures: Water Worlds from Adam Christopher, a New Zealand writer who has also written for the Star Wars expanded media. The Dream Nexus is very much a novella style audiobook set in between The Tides of the Moon and Maelstrom, which was honestly a surprise. The expectation wasn’t that it would be a continuation of the box set, but for The Dream Nexus it really works to continue what made Water Worlds work in exploring the team dynamic of this TARDIS team. Christopher’s story perhaps suffers most from being limited to a single hour as this is a story which almost needs the full novel length to really do anything conclusive with its plot as it feels as if things finish just as the story gets going.

END_OF_DOCUMENT_TOKEN_TO_BE_REPLACED

Carolyn Seymour in Conversation is the latest in an occasional range of in-depth interviews with Big Finish’s biggest stars. Perhaps best known in cult television circles for her starring role in the first series of Terry Nation’s Survivors, Carolyn Seymour has worked extensively on both sides of the Atlantic, on both stage and screen. In 2014 she reprised her role as Abby Grant in the audio continuation of Survivors, and has since appeared across a number of their ranges, most notably the Doctor Who spin-off Counter-Measures, where she plays the returning villainess, Lady Suzanne Clare.

END_OF_DOCUMENT_TOKEN_TO_BE_REPLACED

For the latest tales from the Doctor Who world we return to New Earth. With a host of familiar characters and lots of new ones. 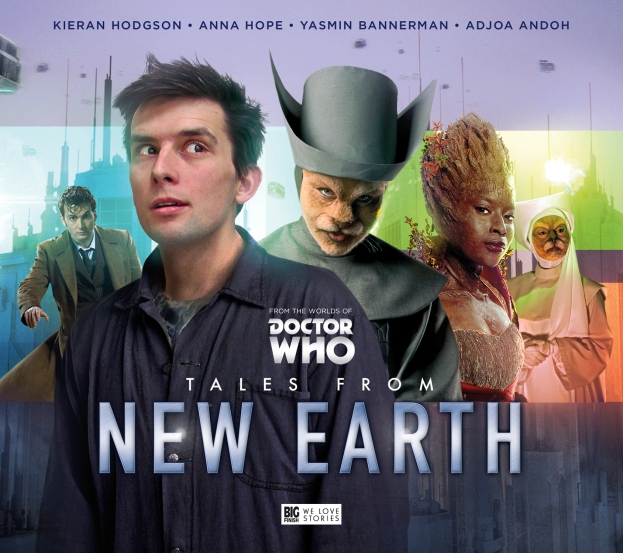 END_OF_DOCUMENT_TOKEN_TO_BE_REPLACED

I didn’t catch the first instalment of the ‘Running Through Corridors’ story, so wasn’t sure exactly what to expect.

I know of Robert Shearman & Toby Hadoke and have had the pleasure of interviewing them for my podcast; both had mentioned the book and I had always meant to get round to it. So when the second instalment came out and Mad Norwegian Press asked me to review it I jumped at the chance. 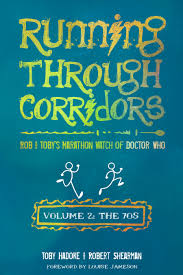 END_OF_DOCUMENT_TOKEN_TO_BE_REPLACED

I have been looking forward to this 2-part adventure! Not only is it always a pleasure to have Tom Baker stepping back into his role as the 4th Doctor, but to have the return of David Warner as Cuthbert and Toby Hadoke as Mr Dorrick is something not to be missed. These characters were originally introduced at the end of 4th Doctor series 2 (The Dalek Contract and The Final Phase) alongside Tom and Mary Tamm’s Romana 1. So it is a little bittersweet when you hear on the extra’s Nicholas Briggs talking about how bringing in Lalla Ward for this series meant that they could continue some of the storylines left open from Tamm’s adventures. As always though the trick of making you feel like it’s the same person no matter which Romana you are dealing with is achieved; something we maybe take for granted sometimes.

END_OF_DOCUMENT_TOKEN_TO_BE_REPLACED

The Gallifrey Stands Podcast presents, Doctor Who: The Time Trap.

There is also a special guest appearance from Iain McNeice as Winston Churchill (a role he also played on TV in Doctor Who).