So here we are. March 2021 and the end of The Monthly Range of Doctor Who. Over 20 years and 275 releases, and Big Finish Productions have decided to give their flagship range on final multi-Doctor send-off adventure. Relative newcomer Robert Valentine was given the task of writing The End of the Beginning, a story which harkens back to the very first release in the range, The Sirens of Time, telling three connected adventures for three Doctors before bringing them together for the final episode in one big overarching plan. Each episode adds to the drama and ends with the Doctor (and this time companion) in some sort of danger while everything builds towards some universe breaking danger. The production of The End of the Beginning is put in the hands of Ken Bentley, one of the range’s most prolific directors, and the sound design and music by Wilfredo Acosta. This is an entire story based on making an homage to the range; including appearances from range exclusive characters for one last hurrah before Big Finish moves into a new era of box-sets and new adventures with different Doctors and companions. There is at least one Monthly Range release which is still coming as it was delayed, but this truly is the end of an era for Big Finish Productions. 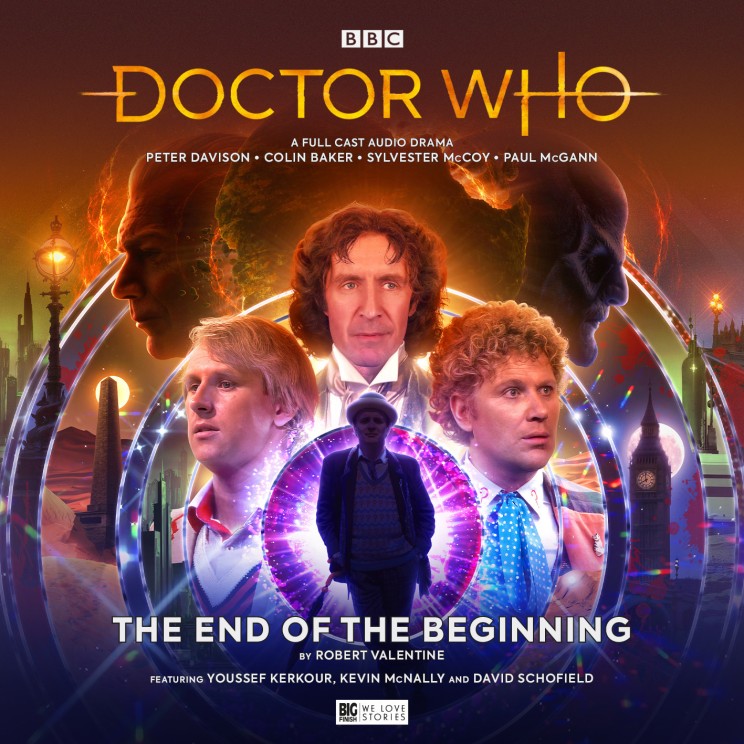