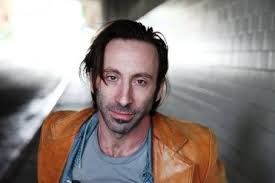 We recently spoke to Matthew James who is best known for his work on Buffy the Vampire Spin-off Angel as Parasite Demon Merl.

What inspired you to become an actor?

Well that would be my love of film. Going to the movies was always something that I loved ever since I was young. It still is to this day.

You portrayed Merl in Angel – how was this experience?

Beautiful..It was just a beautiful experience. Those situations are very rare. Nothing but good memories. And the fans who love the show are great. All around it was great.

How did you find acting in such heavy makeup/prosthetics?

It was great except for that well…yeah it wasn’t that bad after the fact but during the time it was a bitch. That was 4 hours of make up to put it on and an hour and a half to take it off and the contacts were a bitch as well but it was magic when it was on the screen. I looked pretty good so it was totally worth it!

How did you find working with David Boreanaz and the rest of the cast?

He was brilliant. He had a great understanding of his character so it made it easy for me to do my thing. The rest of the cast was great as well but most of my stuff was with David. I especially liked it when he was dunking me in some water upside down. I still have nightmares til this day. Hanging upside down in heavy make up and red contacts is a trippy experience to say the least.

What was your experience like working opposite the comic duo of Kevin Smith and Jason Mewes in Jay and Silent Bob Strike Back?

How did you find Kevin Smith’s directing style?

Very easy to work with – and open to ideas that type of thing.

You have working on many projects over the years – which have been your personal favourites?

Well Angel I still love. I was glad I made it on to NYPD Blue before it was gone but my favourite and so far is Nipples & Palm Trees which I wrote and star in. That was the most satisfying. I got to play a full character. Most of the time the shit I get is drug dealers, the creepy guy next door and I usually get killed. I’ve been killed a lot on screen. The good thing about those parts is I usually don’t have to shave.

You have written and directed your own projects – how do you find this compared to acting?

I’ll say this it’s nice to have control but on the other-hand it’s nice just to show up do your thing and split after the day is done and not worry about it.

I’d like to have a long extended run of the Sound of Music..No not really. The dream roles are actually some of the scripts I’ve written. I have a great character called Nik Ponti, whose a Private Eye down in Mexico. That would be really fun to play.

Lets see…….on the TV screen I do a spot on Queen of the South which will be on USA network over here and the I do a spot on this Cinemax show called Quarry.  In both I play a creepy guy who doesn’t like to shave. What I’m really looking forward to is directing this film I wrote Facing the Sun. I’m looking to get that going this summer.

Check out our interview with Juliet Landau (AKA Drusilla from Buffy & Angel)!