When I was a small child, I was surrounded by much older adolescents when my family resided at a summer cottage in the woods in Northern Michigan. In the flames of nocturnal bonfires, I became petrified by the folklore, urban legends, and other horror stories that were expertly regaled by the various voices that penetrated my mind within the crackling flames. These stories shaped my childhood and made me a maven of the unusual and unexplained with terror being a byproduct which entered my cerebral cortex. Black Mandala and Uncork’d Entertainment’s newest horror anthology A Night of Horror: Nightmare Radio brings those tales to the terrestrial airwaves. 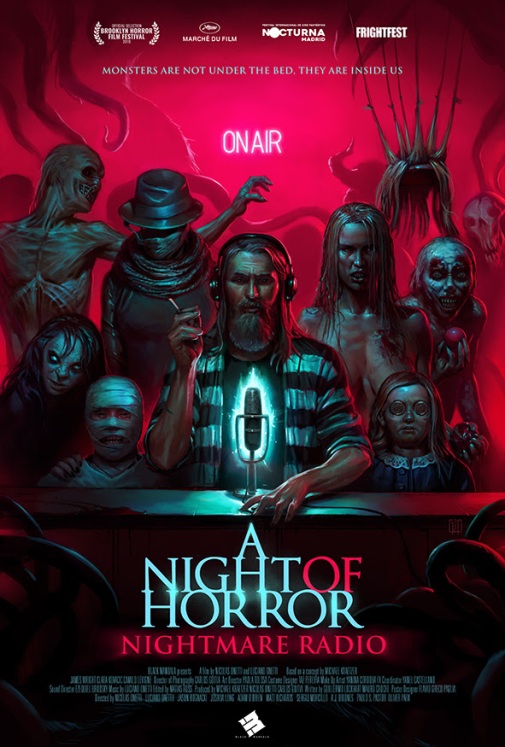 A disc jockey Rod Wilson (James Wright) hosts a late-night show filled with urban legends, folklore, and “real” life incidents. From a dark, dark woman to a gruesome photo op turned bad; from a demented hairdresser to an enlightened type of capital punishment; to a dancer haunted by a demon masquerading in plain sight to a child lured by a pale-caked creature in a blood spilled home invasion; from a wooded abduction that morphs into an aquatic one to a woman who loses a loved one and where a shadowy being fills the vacancy inside her house. While Rod regales these tales of the bizarre and the horrific, his own nightmarish story unfolds within the confines of the radio station. 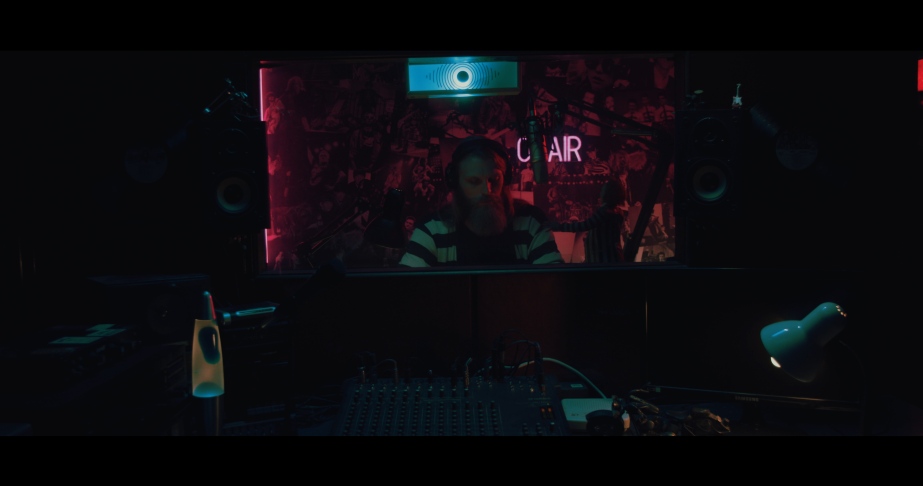 Created by Argentinian filmmakers Luciano and Nicolás Ornetti along with a slate of segment directors, the film flows and functions well amongst the various visions that permeate throughout the anthology. The stories are intriguing but too many live within the roughly 90-minute runtime. There are times in this film where I wanted the stories to go longer or have more backstory and spine to make them stand up longer. The capital punishment story has the right length to it while other seem to provide a glimpse and not much else. Some of the excised stories could sport a companion sequel where they would have more time to grow so less is more. 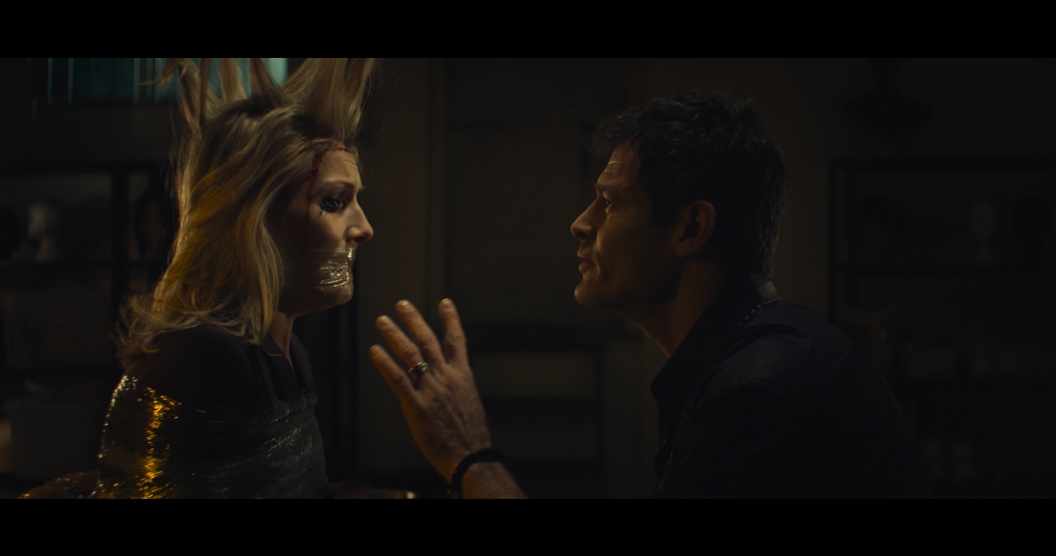 The performances are excellent throughout the film. James Wright is perfectly cast as Rod Wilson. His silky but edgy voice as the DJ is perfect along with his menacing performance within the ghostly confines of the empty radio station. David Nerman is delightfully disturbed as the disgruntled stylist Silvio whose affection for hair is disturbingly understated. Kevin Dee displays great range as the intense, terrified, turned subdued imprisoned murderer Willie Bingham who gradually becomes less and less of a person.

Despite some of the uneven stories, this film has tension that will, at times, grip your heart with suspense and dread. It is an anthology movie to watch in the later hours of the night. So, get some snacks, get comfy on the sofa, and enjoy some tales your senses will invest in.